Back in October I made the trip to Earl’s Court in London to check out the Scandinavia Show. It was a lovely little show and I discovered some great Scandi brands that I didn’t know about before. The highlight of the show though, apart from the yummy food that was being served up, was the ‘Nordic House’ installation by award-winning interior architect Staffan Tollgard. Staffan created three Scandinavian rooms that encapsulated the best of Scandinavian design. In an iconic display of Scandinavian interior design through the decades, Staffan created one room from the Gustavian period, one capturing the retro feel of the 50s and 60s, and one showing off design from the last 10-15 years.

I’m a big fan of Staffan’s work and so I left the show wanting to know more. Luckily, Staffan was happy to take part in an interview and here is what he had to say! 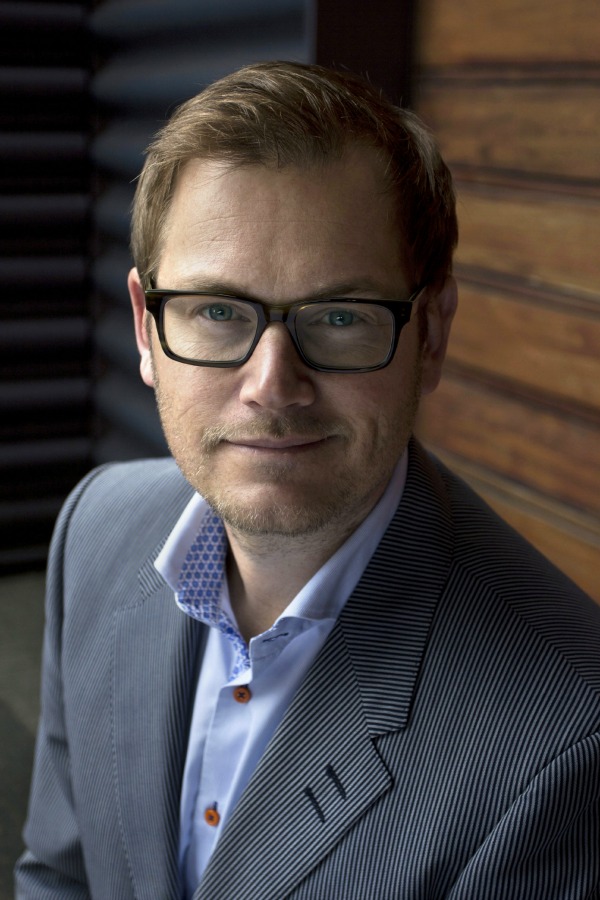 You are originally from Sweden. How did you end up living and working here in the UK?

My father worked for IBM in the 80s and was transferred to London for three years.  He moved us all out to Barnes – probably because of the Swedish school there – and it was the start of a fascination with London for the whole family. We moved home when the stint was over, but I always knew that I wanted to go back. In 1996, I moved over to Bournemouth to go to film school and moved to London after graduating. My first big project was a low-budget feature film that I will tell my grandchildren about one day – because I met my wife on the set. She was the actress, I was the First AD. Very clichéd and we had to keep it a secret from the rest of the cast and crew.  But we’ll celebrate our 10th Anniversary next year, so not a marriage victim to the usual ‘met on set’ curse.   (At least not yet). 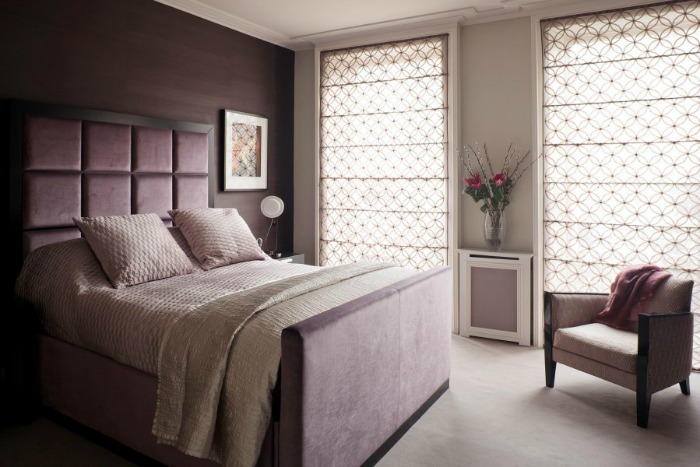 Interiors with a strong Scandinavian flavour are popular the world over now. Why do you believe the Scandi aesthetic speaks to so many people?

The Scandinavian aesthetic, throughout time, has always been very good at scaling back and simplifying design, which I think speaks to the largest audience of design enthusiasts at the moment. During the Gustavian  period (late 18th century) furniture and fabric makers essentially simplified the Rococo design that had been brought over by the king from his extended stay at the Versailles court. The simple lines of the 50s and 60s won’t appeal to everyone today but it does speak to most. 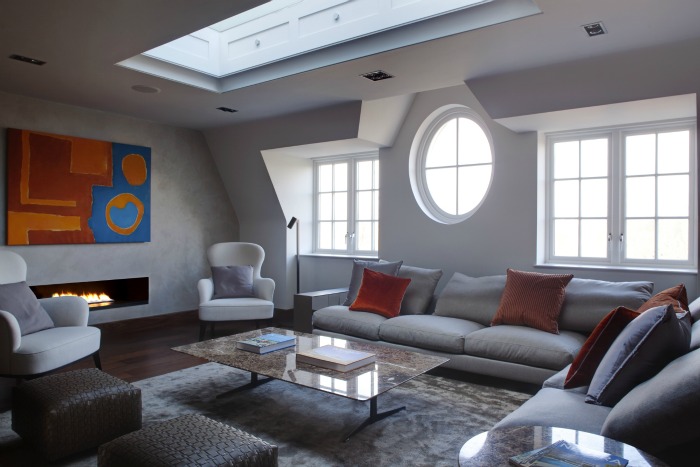 How have your Swedish roots influenced your approach to interior design?

In every way. Functionalism and spending money wisely is not only an option, it is a must. Appreciating clean, simple lines is probably easier to appreciate when it is what you were used to growing up.

You are also inspired by Asian functionalism. How do you merge this with Scandinavian design?

Asian and Scandinavian design have a lot in common even though the countries are geographically so far apart. I have actually always wondered why this is and my theory is that the similarities in the forests and the type of wood used has helped in this aspect. Also, the mentality of the people are similar with quite withdrawn attitudes, until they drink alcohol.

You use the Swedish expression of the ‘red thread’ to explain the design narrative that underpins each of your projects. Can you explain this?

My design philosophy is encapsulated in the Scandinavian notion of the röda tråden or red thread. It’s a very powerful metaphor to describe the guiding principle of creative work – the unifying leit-motif in a piece of music, the repetition of a colour in a painting, the recurring theme in a novel. It is the string that binds the work together into a coherent narrative.

Interestingly, the more I’ve looked into it, I’ve found that it’s repeated in other cultures. In Greek mythology Theseus rescued himself out of the labyrinth of the Minotaur by following a red thread. There’s a red string of fate in Eastern Asian mythology where the gods tie an invisible red string around the ankles of people fated to come across each other.

For me it’s a very powerful tool that helps me find and follow the creative DNA on a project. I try to find the red thread in every project that I work on. It can be a piece of art, or a particular period in design, or a colour … it is personal to every client and allows us to translate their life, and their story, into the language of design. I hold every decision I make up against it; is it part of the red thread?  Is it telling part of the story we want to tell?

In 2010, you launched a design studio in the Algarve in Portugal. Why Portugal?

It is not as strange as it might seem. My wife and I have been travelling there for some time and spend our summers there with our sons. It is a wonderful part of the world and we feel very lucky to be able to be there as much as we are. Something we couldn’t do if we didn’t have an office there.  There was also a real need for modern design in the area with most designers there being more traditional or very over the top. 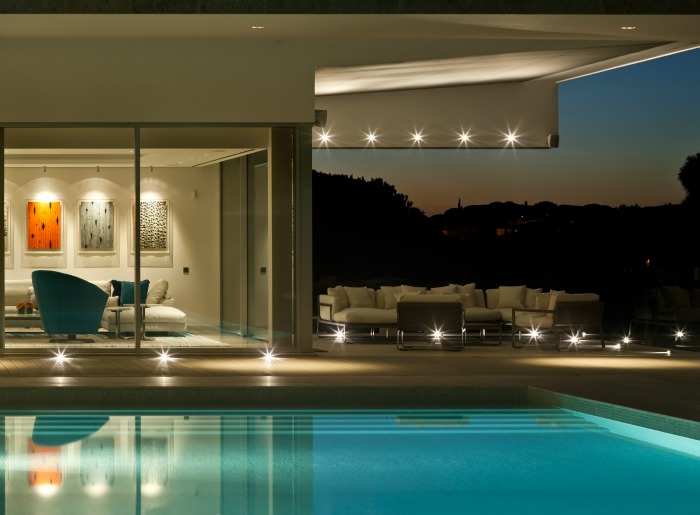 What materials do you most like to work with and why?

Too difficult to answer. I like most materials but for different reasons and very much dependant on the usage. Wood, metal and glass do jump out at me as being the backbone of most pieces that I like.  Combining materials can add also add to the beauty and texture.  Simplicity is fantastic but not all pieces need to be made out of just one material.  The skill and experience of the craftsman in combining materials adds to their value in my mind.

What is the most important thing to get right when designing someone’s home?

Everything. Joking aside, in most cases, I think that the overall feeling of “home” must be the ultimate goal. Where the client can come home and feel warm, safe and happy. I say in most cases, as the brief for holiday homes is obviously very different to that of your primary home.

You have some fantastic furniture on your website. How do you go about choosing the furniture brands you work with?

It has been a long process of research.  I have been to the world’s best furniture fairs over a long period in order to curate a collection of brands and furniture that I am prepared to put my name behind. I have funnily enough formed a new company called kurate which is named after the slang word “ku” in Chinese that means cool and the English word “curate”. It specialises in finding the best in design with a particular eye on the east.

At this year’s Scandinavia show you created three Scandinavian rooms that encapsulate the best of Scandi design from the Gustavian period, through to the 50’s and 60’s right up to the present day. Can you tell us about your installation?

I wanted to point to the fact that Scandinavian design has been an important voice throughout the last 200 years not only the last 10.  The midcentury period has after its time but Scandinavia on the map but there are amazing designs coming  out of Scandinavia today and the Gustavian period managed the difficult task of making something very decorative but in a typically Scandinavian restrained way. A lot of people might have seen these pieces before without knowing that they were actually from Scandinavia.

Here is a brief description of the three styles:

Following foreign impulses from French Rococo & the Neo-classical movement, the Swedes created a softer, more restrained style of decoration more suitable for Sweden than the over-embellished continental Baroque and Rococo styles. Known for its clean lines and muted colour palette, Gustavian furniture is often described as having an elegant yet simple style, with a strong emphasis placed on balance and symmetry.

Influenced by the social and political landscape after WWII, mid-century design emerged as a ‘Form for All’ movement. The availability of new methods for mass production & low-cost materials caused a strong design language to evolve, with objects that were both discrete, functional and beautiful. Craftsmanship was combined with modern technology: utilizing pale woods, bent laminates, natural textures and colours, spun aluminium or pressed steel.

Scandinavian design today is truly a world-wide export. It’s hard to find a home untouched by its influence: whether its colourful furniture, wooden floors, bold graphics or ingenious storage solutions. The mid-century voice continues to sound in contemporary Scandinavian design. The commitment to natural materials and craftsmanship endures, but is updated and innovated with unexpected materials and a light-heartedness that speaks of design in the modern age.

25 0
Load More… Follow on Instagram
This website uses cookies to personalise your experience and provide you with the best service possible. We also use cookies to gather anonymous usage statistics via Google Analytics and for tracking referrals to advertiser websites. By continuing to use this site you consent to all cookies in accordance with our cookie policy. You can however change your cookie settings in your browser but this does mean that our site may not function as well. Accept cookiesRead more